The ‘Great Gale’ monument at Bridlington Priory, raised by public subscription, marks a mass grave and commemorates the Great Gale disaster of 10th February 1871. Raging seas caused 30 ships to be wrecked in Bridlington Bay, including the Bridlington Lifeboat. 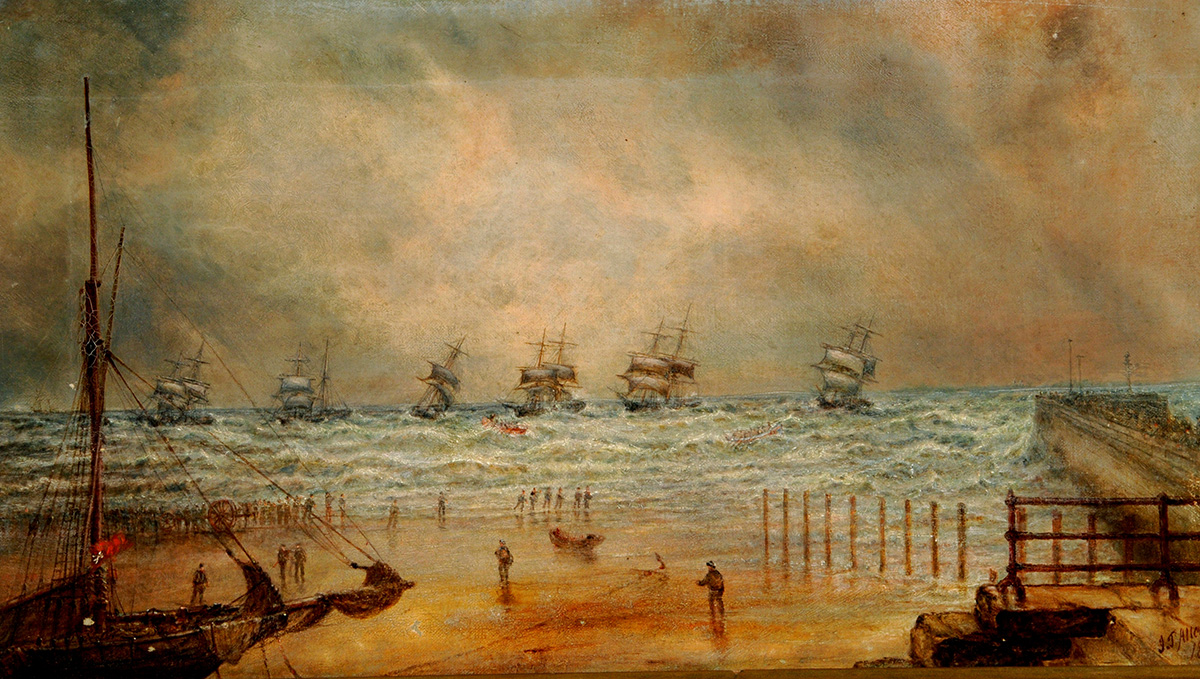 Each year on the Sunday nearest to that date a special service is held in the Priory to remember the 70 seafarers and lifeboatmen who lost their lives and the selfless heroism of those who took part in the rescue.

As a result of the Bridlington disaster and other seafaring tragedies where overloaded ships caused the loss of a great many lives, Samuel Plimsoll was able to press Parliament for statutory regulation of the safety and seaworthiness of merchant ships. The Plimsoll Line is still used on ships to this day.

The Priory and the local RNLI ready for the Memorial Service of the Bridlington Great Gale. 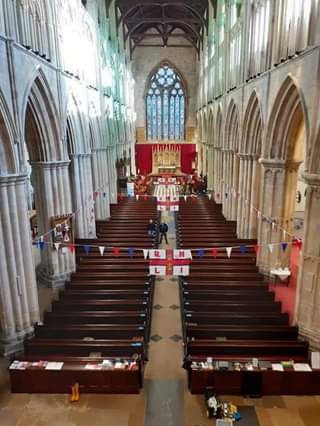