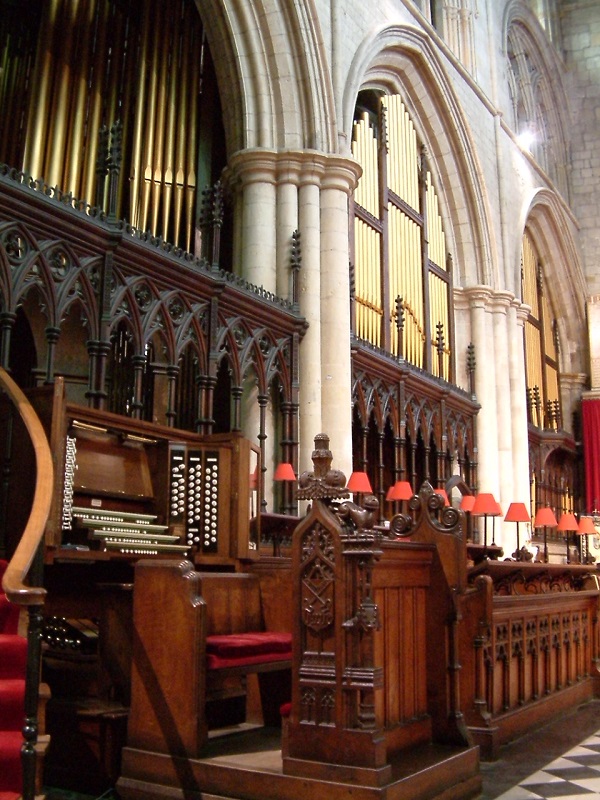 The Bridlington Priory organ is acknowledged to be one of the largest and finest parish church organs in the country. Carlo Curley, who gave memorable recitals here, described it as ‘one of the finest concert organs in the world’. Each year eminent organists from numerous countries ask to be included in our summer recital series. The story of the organ is fascinating.

The organ was built by the Belgian firm Anneessens and installed in the Priory in the spring of 1889. Its predecessor, situated in a gallery at the West end of the building, had become very unreliable and was thought to be not sufficiently grand to complement Gilbert-Scott’s newly restored Priory. Anneessens were asked to build a large three manual organ which was to cost £1000. The new organ had three manuals with forty one stops and was sited in its present location with the attached console behind a wooden screen at the eastern end of the choir stalls.

The organ was dedicated on Sunday 31st March 1889 and to mark its arrival a Belgian organist, Auguste Wiegand, was invited to give three recitals on consecutive evenings that week. He played to a packed Priory on each occasion and included in his programme a piece of his own composition titled ‘Fantasie Storm’, which caused quite a sensation in more ways than one! Included in the specification of the organ was a 32ft pedal reed called a Contra Tuba. This stop, which the present organ retains, is reputedly the largest scale pedal reed in Northern Europe having a diameter of over two feet at bottom C. His piece imitated the approach and departure of a storm and the new Contra Tuba had a prominent role announcing the arrival of the new instrument with a vengeance. 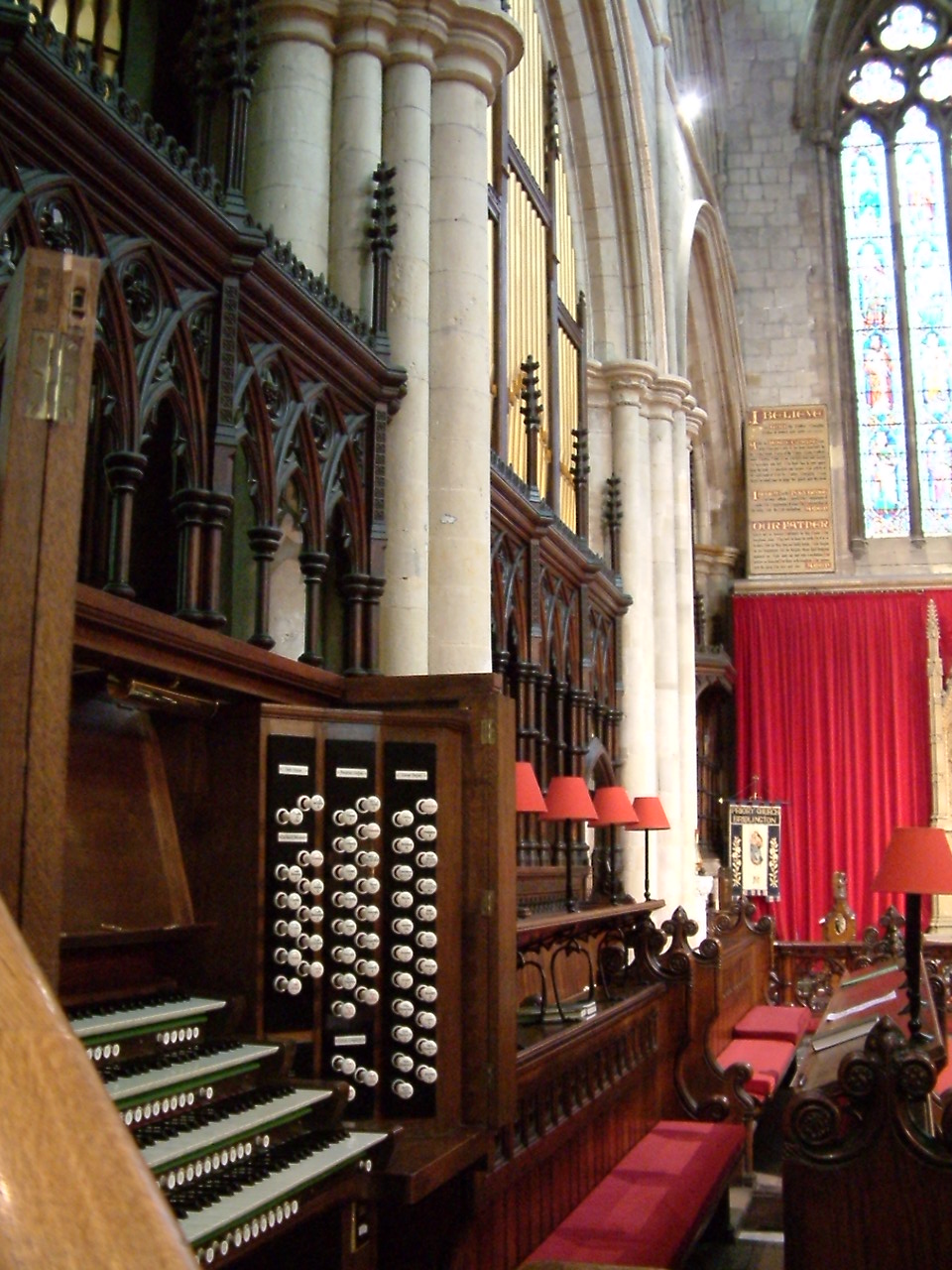 Since then the organ has been rebuilt on five occasions, the first of them in 1909 when fumes from the Otto gas engine installed by Anneessens to supply the wind caused severe internal damage to the organ. Controversy over the nature of the rebuild needed led to the resignation of the organist, Bernard Johnson, who moved to Nottingham within six months of the work being completed. Other rebuilds followed in 1922 and 1949, this last by Compton being particularly well regarded. This rebuild embraced considerable tonal changes but, just as significant, Compton’s experience of large cinema and church organs had made them forerunners in the use of electric action. The organ was given a new three manual console with six fully adjustable double touch pistons on each of them.

However, the organ deteriorated rapidly in the early 1960s and was fully rebuilt as a four manual with the console put in its present location. This rebuild by Laycock and Bannister in 1968 was a major triumph for the then organist Raymond Sunderland. His determination and love for the organ prevailed over a challenge from the Diocesan Organ Consultant who recommended the Anneessens be scrapped and replaced with a two manual, classically voiced instrument. The four manual project proceeded, but lack of funds meant a paring down of the original scheme and an unexpected legacy provided the £12500 needed.

By the 1980s the organ was again proving unreliable, partly because it was an unwieldy hybrid of additions and modifications made in these various rebuilds. A scheme was drawn up to completely rebuild the organ just after the millenium – a task entrusted to Nicholson of Malvern, with Paul Hale acting as consultant. The organ was rebuilt from the ground up with a new building frame and tonal modifications and additions to produce a reliable, comprehensive, perfectly balanced instrument. The result is the fantastic organ we have today with a truly worldwide reputation. It was dedicated by Archbishop John Sentamu in April 2006.

Friends of Cathedral Music is a charity founded in 1956. Their purpose is: 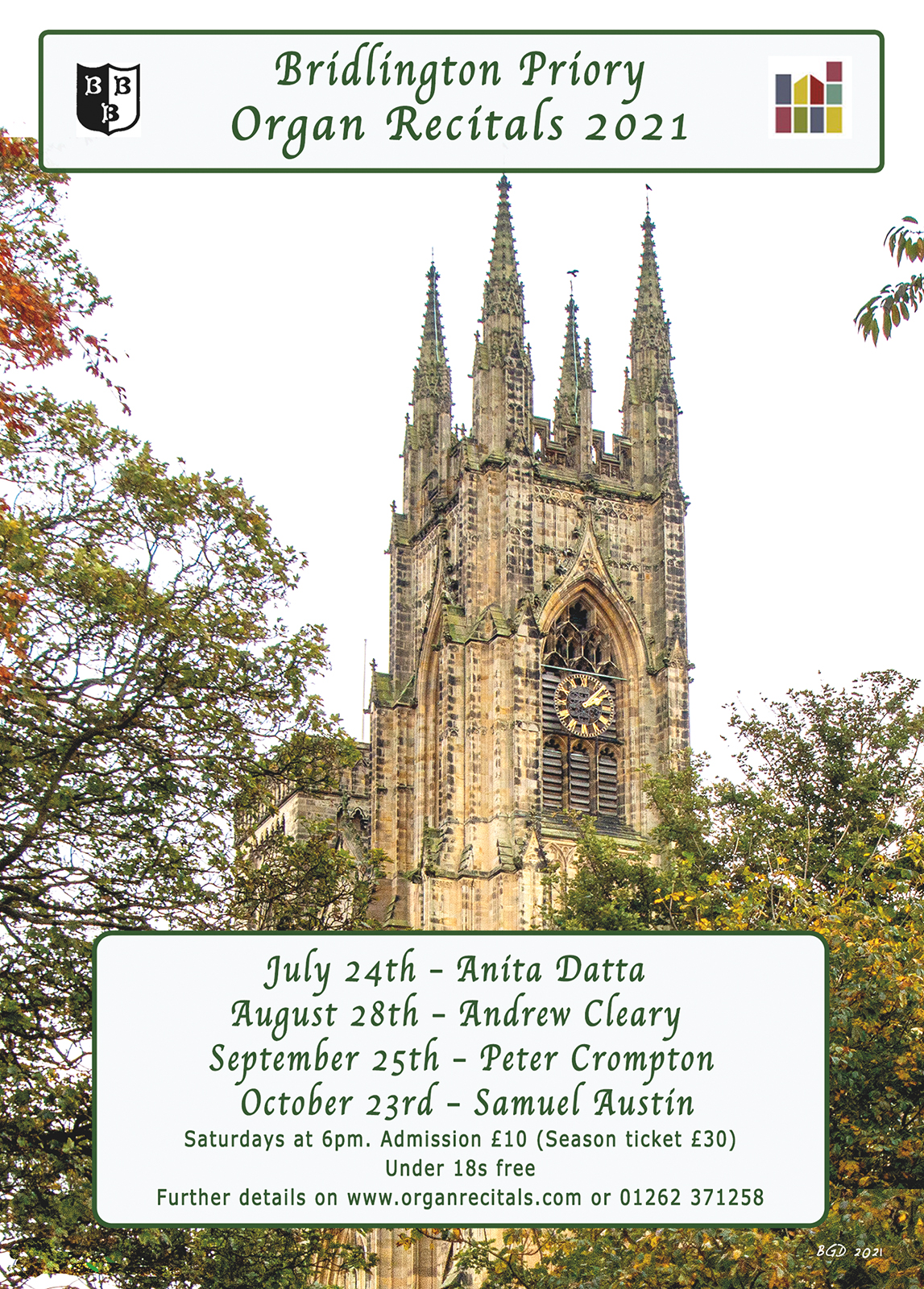 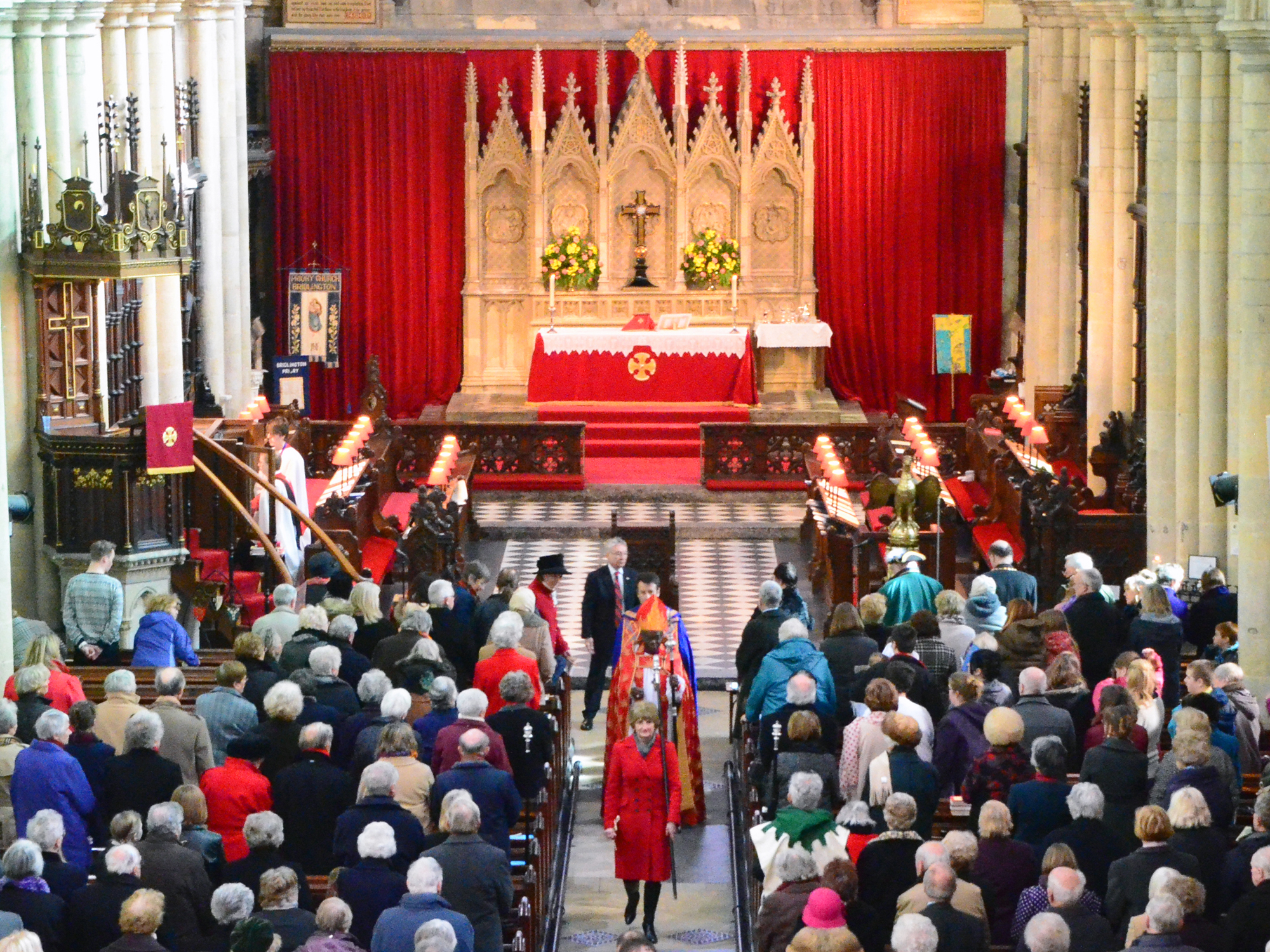 Regular worship at the Priory