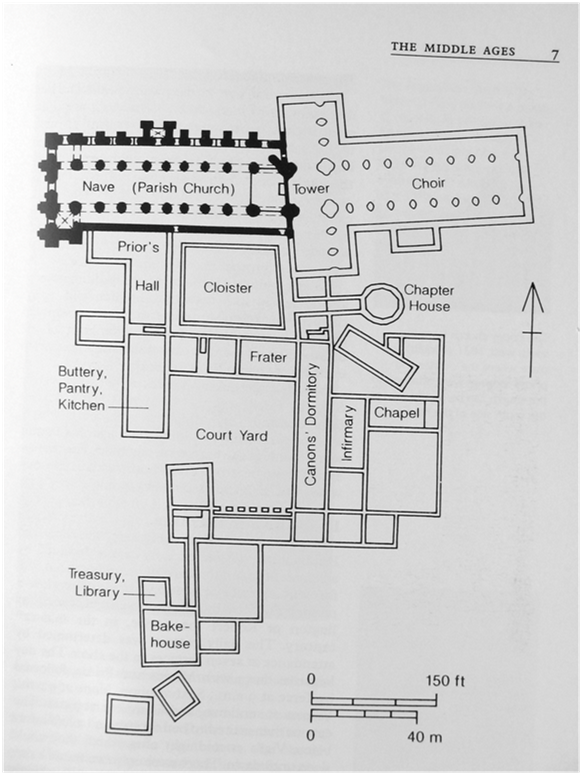 This was where most of the extensive monastic buildings of the Priory were in the Middle Ages, right up to the Dissolution of the Monasteries by Henry VIII in 1537. This plan, and the model below (which can be seen inside the Priory Church) are based on investigations in the 19th and 20th centuries and show an array of buildings going well beyond the current churchyard, into what is now the allotments and the Rectory garden. All that is visible now are a few indications of where the cloister and the undercroft beneath the Prior’s Hall joined the south wall of the present church. As you reach the end of the present church on this south side you will see carved on the step ‘site of transept’. The transept was the part of the church across the main building, east of the nave, and – going further eastwards – would be followed by the choir where the canons came seven times a day for services. This section would have extended right beyond the current eastward boundary of the churchyard, making the total length of the church 486 feet (148 metres), and it contained the shrine of St John of Bridlington, a focus for pilgrims. 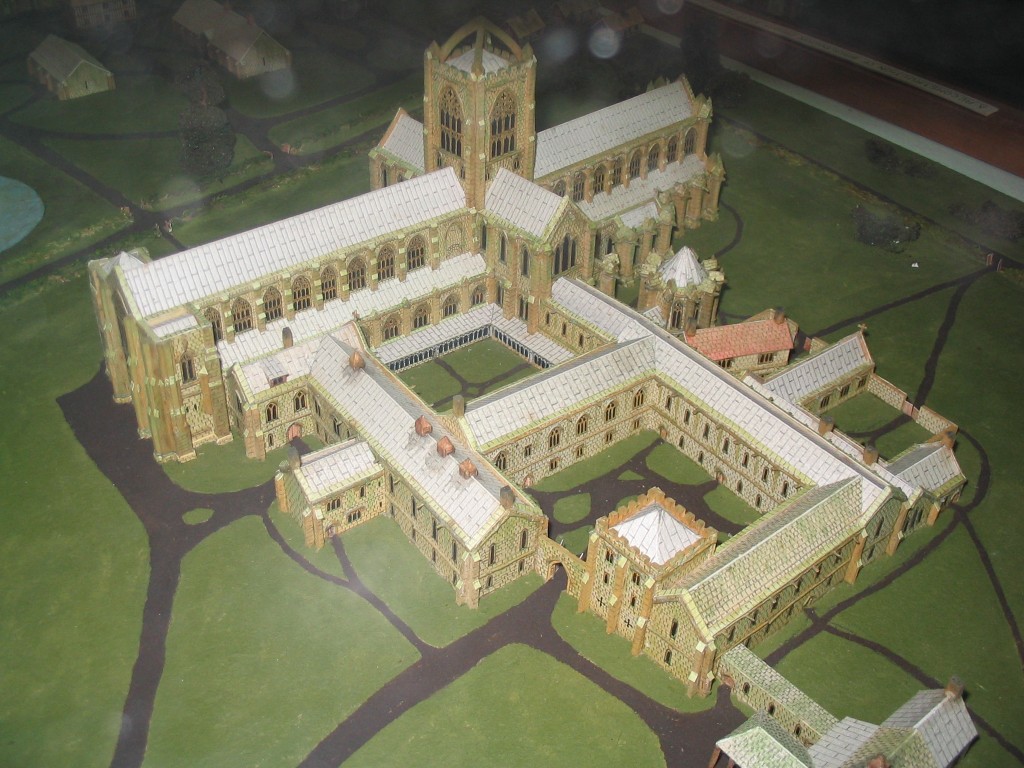